The heart of our program is our wonderful teaching staff. This group of highly qualified, caring teachers has an average of 16 years of teaching experience and includes a former director. Collectively, this staff has 275 years of early childhood teaching. Our staff receives ongoing in-service training and opportunities for continued education in early childhood development. Rachel Breque
Office Assistant
Rachel was born and raised in Texas. The oldest of 5 children made her a natural caregiver. She has her B.A in Elementary Studies from Western Governor’s University. She also studied Acting at Academy of Arts University and Psychology & Art at Los Angeles Valley College. Since 2010 she has worked with children: babysitting, in hospitals, schools and non-profit organizations, etc. She helped lead the art programs at different summer camps that helped kids with AIDS/HIV and cancer. Rachel has deep love for helping people, specifically children. Rachel enjoys anything to do with art, being creative, traveling, enjoying time with family/friends and new adventures. Her big heart, love for children and efficiency has been a wonderful addition to the office staff since joining in 2018. Rachel helps in the office answering phones, emails, helping parents and assisting with any essentials TSONS needs. 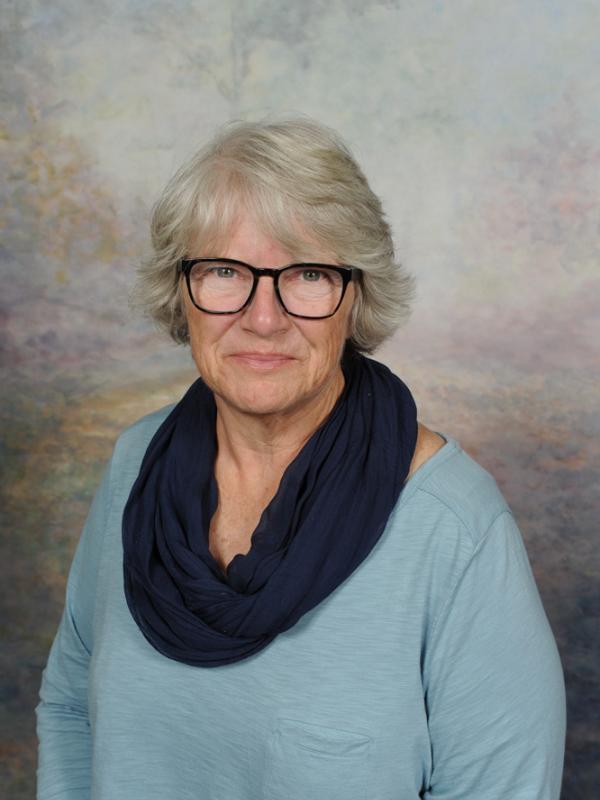 Patti’s educational background in Business Administration, with both an A.A. and a B.A. from Oklahoma State University, was quite useful for the many years she worked in the Admissions Office of a local private elementary school. But it was the years spent volunteering while her own two children were in school, and the early childhood education classes she was motivated to take, that ultimately brought her talents to the teaching of young children. TSONS benefited greatly when she joined the teaching staff in 2005. She has brought a seasoned voice to every program offered at the school, both morning and afternoon, with every age level, and each camp program offered outside of the regular school year. She is enthusiastic, creative, and loves to travel. In addition, she has amazing organizational skills. Ms. Cook received her A.A. from L.A. Valley College with an emphasis in Infant/Toddler Education after spending years working with young children. Her enthusiasm, experience and education all made her a wonderful addition to the TSONS teaching staff in 2004. She found a home in Room 2 and has been teaching that age level since the fall of 2005. Her own daughter has since gone through TSONS and, as with several other staff members, she knows the school both as a parent and teacher. Over the years, Tacie made time for the practice of yoga. She discovered that her natural gifts as a teacher, and her flexibility for an advanced practice, led her to become more serious about this passion. She is proud that in 2016 she has also become a registered Yoga Teacher (RYT200). When not teaching, practicing yoga, or enjoying time with her daughter, Tacie loves music and spending time in nature and at the beach. She also loves, and is truly wonderful with, all kinds of small animals. 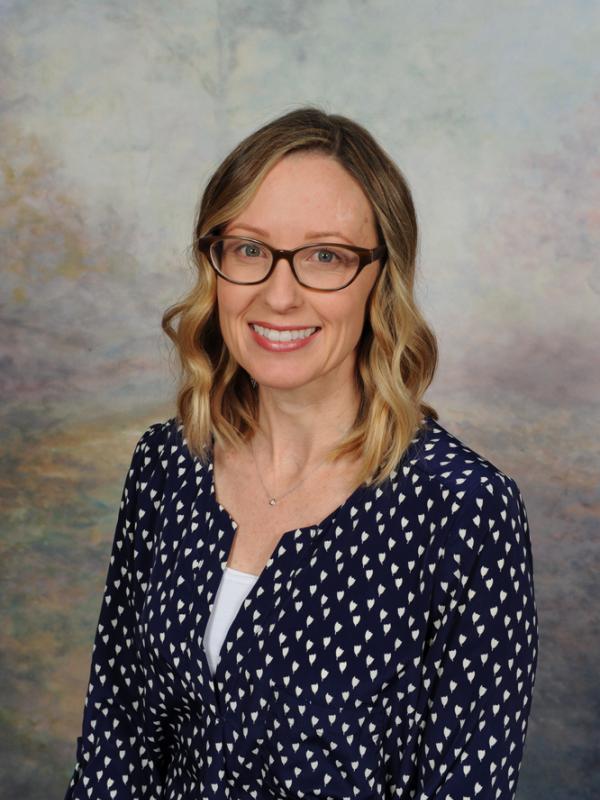 After teaching elementary school in South L.A. for five years, Ms. Dwyer became a nanny to twin girls attending TSONS. This was a fortunate connection for the school as she showed great skill and confidence with young children and thankfully she re-discovered her joy of teaching at this younger grade level. Fortunately, in addition to her Anthropology degree from UCLA, she also had a Pre-School/Elementary credential from Long Beach State. TSONS couldn’t wait to ask her to join the teaching staff after her twin charges moved onto kindergarten, which she was able to do in 2010. Jocie considers herself to be a serial hobbyist. She has such a passion for learning that it motivates her to constantly explore and attempt new and creative projects. She is an avid reader, amazing baker, and her current obsession is sewing. 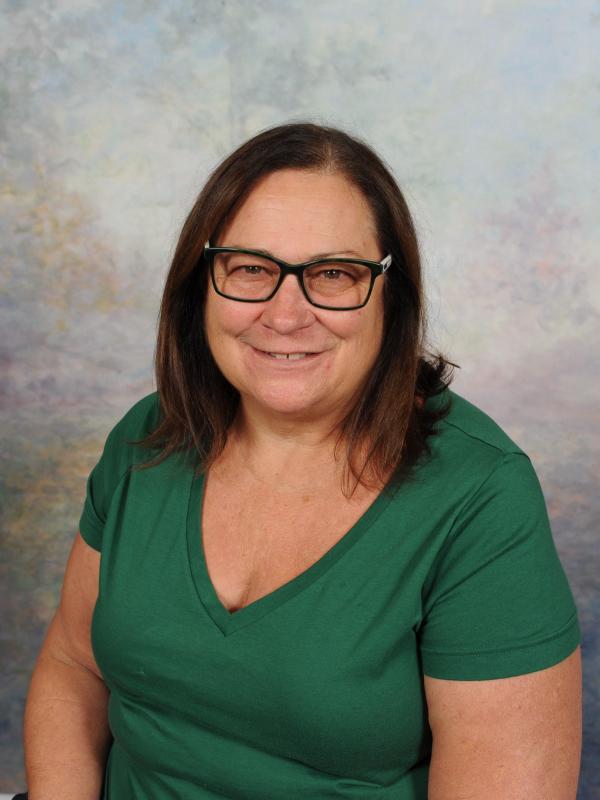 Mrs. Harris began her teaching career in 1973 with L.A. Unified’s ECE program and then taught for eight years at a nursery school in Encino. She then stopped teaching to become a professional caterer full time prior to the birth of her two younger children. She became a parent at TSONS in 1990 and was asked to become a member of the Board of Directors in 1991. She served on the Board for seven years, including one year as President. With her expertise and passion for the very young child, TSONS was excited to have her teach all of the Parent & Me and Transition classes starting in 1996. She is also the primary swim instructor over the summer for the TSONS Swim program. She is the mother of two TSONS alumni, as well as an older married son who has made her the grandmother of two. 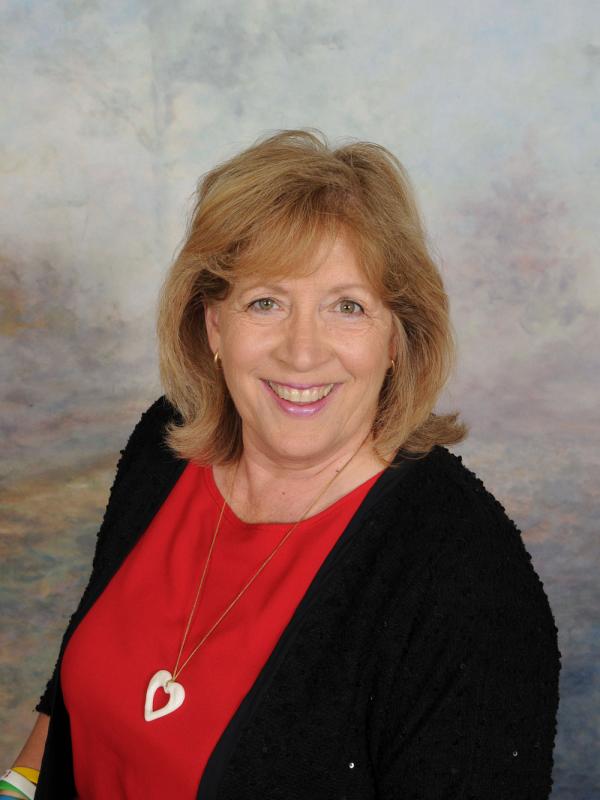 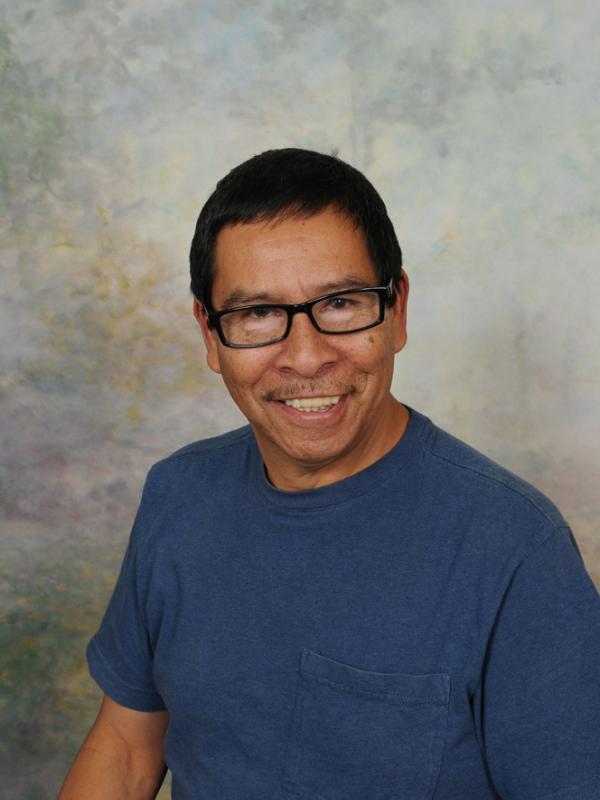 Jose has been “Mr. Everything” at TSONS since 1993. He keeps the school in great working order and always has a smile on his face. In addition, he directs traffic in the front, keeps an eye on the neighborhood, cleans the rooms, fixes things, transports class pets to and from cars, builds anything the school might need, sets up for every campus function, and is happy to help in any way that he can. Jose is the proud father of three children, all alumni of TSONS Mrs. Alva received her B.A. in Early Childhood Education from the University of North Carolina at Greensboro. She began her teaching career in North Carolina where she taught second grade for seven years. After becoming the mother of two sons and moving to California, she discovered TSONS as a parent with her older son in 2000. Her obvious passion for young children and expertise in early childhood education made her a sought after substitute teacher, and TSONS was thrilled when she was finally able to join the staff permanently in 2008. Jennifer especially loves working with the youngest aged children in the nursery school and teaching Enrichment classes. In addition, she enjoys playing the piano, knitting, hiking and reading. After graduating with her A.A. in Child Development from L.A. Valley College, TSONS was very pleased to have Mrs. Minasyan join the teaching staff in 2000. She primarily enjoys teaching in the older classrooms where she can organize activities and projects for the children. In addition to her A.A., she also earned a B.A. in Piano while in Armenia, and she still has a love of music, dancing and singing. She also speaks three languages (English, Armenian and Russian). Naira is the mother of two grown children and brings experience and energy to her work. She does love to travel, but when home is happiest when shopping and is fond of anything to do with fashion. Mrs. Ostrowski (Mrs. O) received her B.A from the University of New Hampshire and attended The School of Visual Arts and Otis for graphic design and art.  She studied at National University for her Masters of Education and Credentials and later completed her child development courses at UCLA.

Jenny began teaching art for various programs throughout Los Angeles soon after she moved here from New York.   Between 2003-2008 Mrs. O was a K-1 co-teacher at an independent school until she became a mother.  Jenny has always had a passion for art and loves being around children.

Mrs. O is a busy mother of two.  She enjoys spending time with her family, creating art, taking walks and going to the beach.  Recently, Mrs. O also began managing events and social media for SOMEONE, a children’s book written by her son and husband! 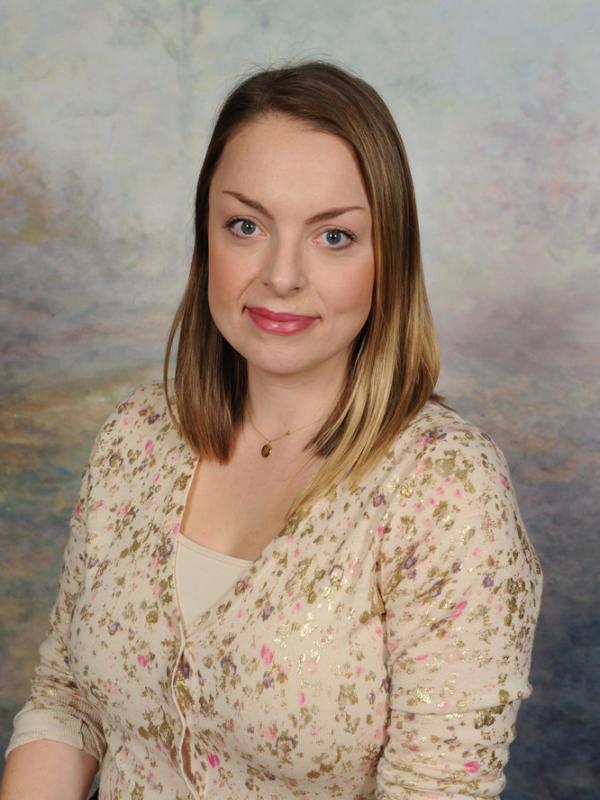 Victoria has worked with children her entire life and has both the relevant natural talent and skill to make it a perfect match. TSONS first met her when she was a nanny to two boys who attended the school. Her degree in Child Development from L.A. Valley College and her warm personality immediately put her on the TSONS radar. She began the Parent & Me program with her own son in 2012, and TSONS was thrilled when she was finally able to join the teaching staff in 2013. Mrs. Santiago loves spending time with her son and husband and especially enjoys magical trips to Disneyland with them. She shares her British heritage with her class through traditions, foods (she loves to bake!) and her English accent. Whenever possible, she cherishes trips back home to England to see her family. 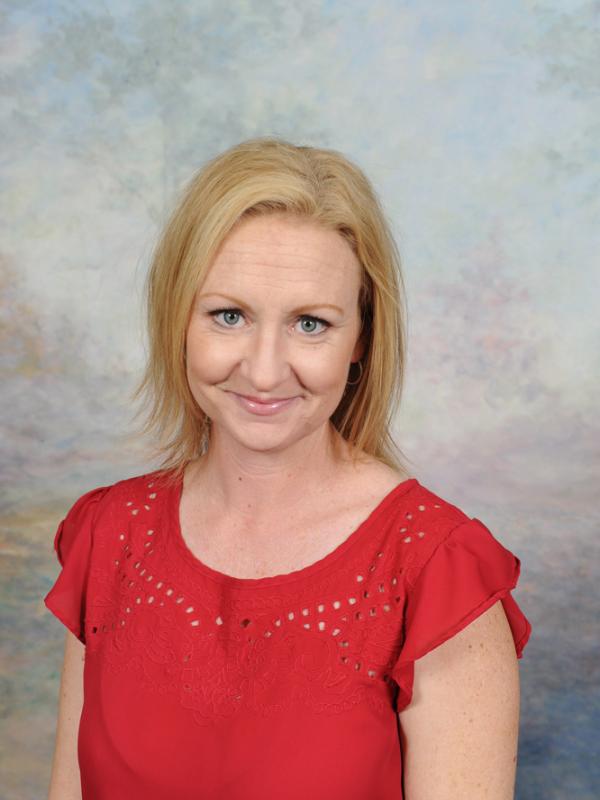 It’s hard to imagine TSONS without April at the front desk. In 2001, after earning her B.A. in Sociology and a Certificate in Woman’s Studies from Colorado State University, she made her way to California and to TSONS. Over the past fifteen years, she has learned all aspects of the TSONS office and, although her work is quite comprehensive and encompasses more than they imply, she is probably best described as Office Manager and Admissions Coordinator. She is the point person both for initial inquiries about TSONS, as well as for current families who have questions about any part of the school program. She is the busy mother of two girls who are both TSONS alumnae. Her family loves camping, hiking, and going to the beach. She also enjoys those rare and special moments of quiet when she gets a chance to sit and read. 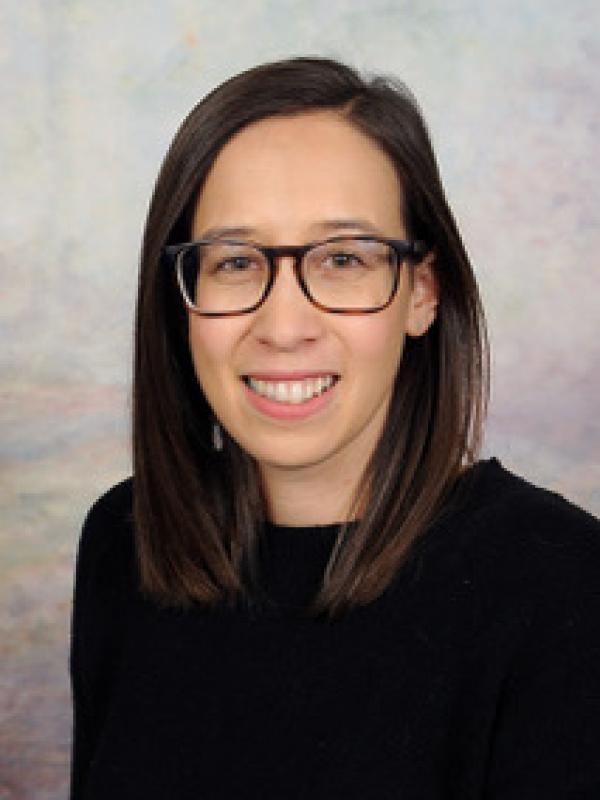 Mia Sharrigan
Teacher
Ms. Sharrigan received her B.A. in Sociology with an emphasis in Gender Studies from The University of California Santa Barbara and attended LA Valley College for her Child Development courses. TSONS was very excited for her to join our teaching staff in 2017. Mia previously worked as a youth leader and is currently writing a children’s book. She is enthusiastic and energetic and has worked with all the various age groups here at TSONS. When not teaching, Mia loves being outdoors. She loves spending her time hiking, camping and going to the beach. 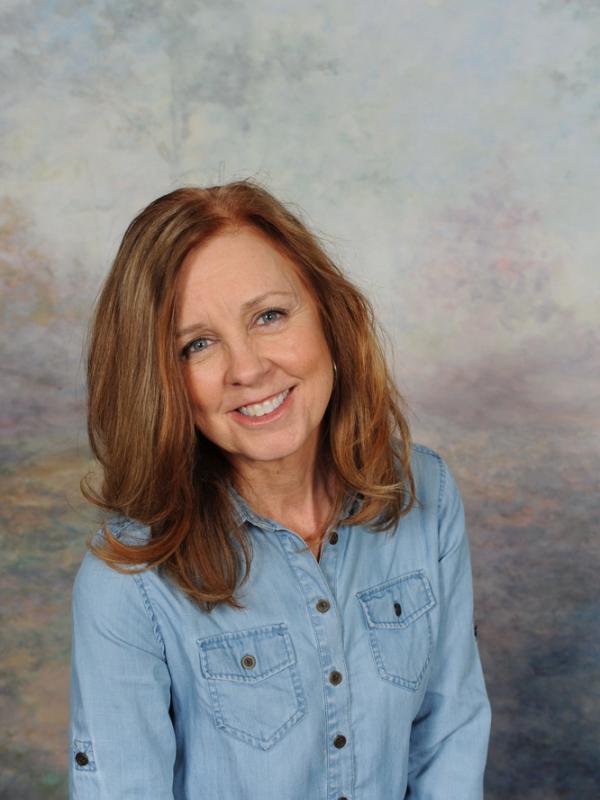 Mrs. Tennison has over thirty-eight years of early childhood teaching and administrative experience in a wide variety of capacities. After receiving her B.A. in Child Development, she became a Kindergarten teacher, owned a Home Day Care, and then was Preschool Director at another school. With her wealth of experience and calm, playful spirit, TSONS was beyond thrilled when she agreed to join the teaching staff in 2002. She especially enjoys teaching the Pre-K age child. You will often see her engaged in wild storytelling with her morning class. Penny developed TSONS’s outstanding DK program and brings her wonderful energy and enthusiasm to those classes in the afternoon. When she’s not working or busy with her two sons, she likes to be at the gym. Although she seems to have a quiet nature, she is truly adventurous and has even attempted jumping out of an airplane, repelling off of a tall building, and riding a motorcycle. 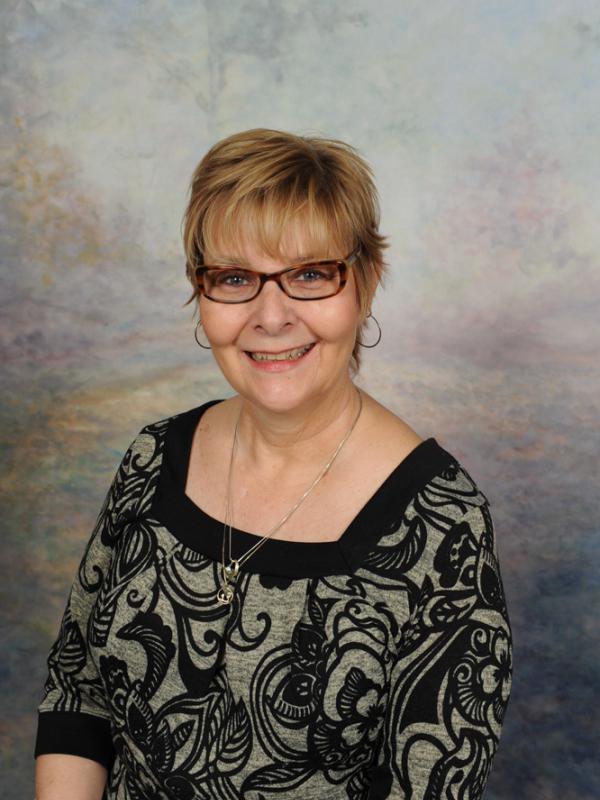 Mrs. Windette holds several specialized skill certificates from L.A. Valley College in the field of Child Development. These include certificates in Preschool Literacy; Preschool Special Education; Preschool Associate Teacher; as well as Infant/Toddler Care Teacher. After getting to know Pam as a parent at the school with her daughter, TSONS couldn’t wait to ask her to join the staff, which she did in 2003. She is warm and friendly and has an easy way with children, especially the first year nursery school age group. She loves to tell stories, sing, dance, and be silly, much to the delight of her students. In her free time, she especially likes to go to concerts and plays. For years, Pam has been a regular weekly volunteer at a local elementary school. She brings her talents, and many voices, to the stories she enjoys sharing with two lucky first-grade classrooms.